How Two-Dimensional Clarity Speed Up Your Success When we use a GPS in unfamiliar territory, we don’t get lost easily. Instead, we arrive at our destination much quicker. Our life is no different. When we are clear about what we want, we get there faster. However, often, we underestimate the power of clarity. We are living in a world of noise, competition, and information overload. Amidst that, we all tend to get distracted easily. We quickly lose our direction in life. In those times, we make choices amidst the lack of sound clarity, ending up in an unwanted place. It takes several years to get back to the point where we originally wanted to go. In this process, we waste much time trying to rectify our course. We get slowed down in life as we take longer than expected to reach our goals.

I came from a low-income family where we could not afford to buy even the books for the school. My father worked hard day and night, hoping I would get a good job someday. Under those circumstances, I direly needed a job and should have knocked on every door for a job.

We had the privilege of some good companies coming to the institution for campus interviews. To many people’s surprise, I did not appear in any campus job interview.

Those days, many brilliant students would appear in nationwide examinations for potential jobs at some influential, well-established public companies. I did not choose that path either.

Several of my classmates opted to appear in some exams to take admission into top-tier US universities. Again, I did not opt for that route either.

While people were packing their bags to fly out to their newly found careers or routes, I packed my tiny backpack and headed to join a small, underdeveloped training institute for a $50/ month job.

Why would I make such an unorthodox, irrational, or ‘career suicide’ decision? Did I lack clarity? Was I confused?

Have you made such an insanely looking decision? If yes, you would know that in those moments, you knew someone forces inside you subconsciously or consciously telling you that it was the right path to go for. You take such indigestible decisions because your inner clarity supersedes everything that might look important at the surface. That clarity makes you brave enough to handle the harshest crisis from people around it.

THIS PREMIUM CONTENT IS ONLY FOR MEMBERS OF
You need to be a registered member and logged in to read the full content.
Get access in one click.
Login Join Now
PrevPrevious7 Steps to Mastery: Strategizing Your Knowledge Into Mastery Through 6 Equations
NextLeadership Is Personal, Again: The Truth That Can Speed Up Your Leadership JourneyNext 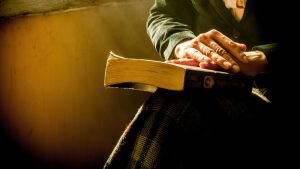 A Scientist’s Recipe: 4 Strategies to Develop a Research-Based Book in a Much Shorter Time 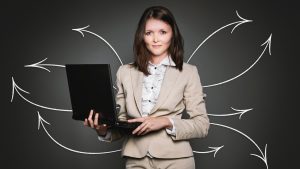